8 Building Businesses in Space with Satellites and Sensors 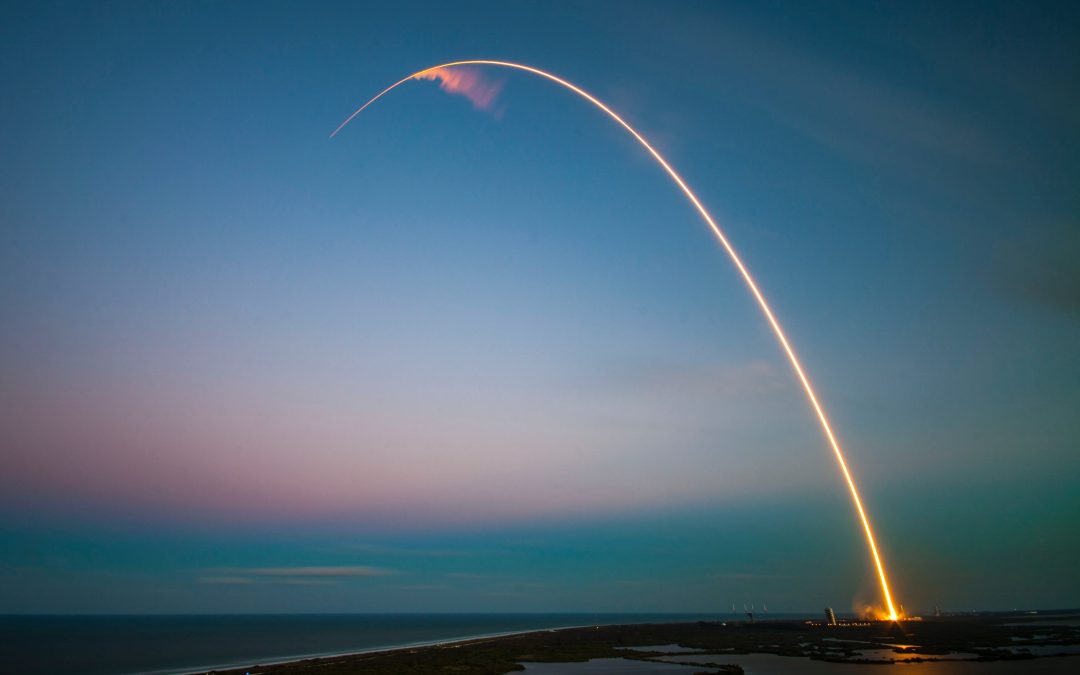 The founder of HyperCubes describes how to solve complex global problems with tech and build a disruptive company with satellites.

Can one person make a difference in the UN Global Goals with exponential technology? In this episode, the founder of Hypercubes says yes. 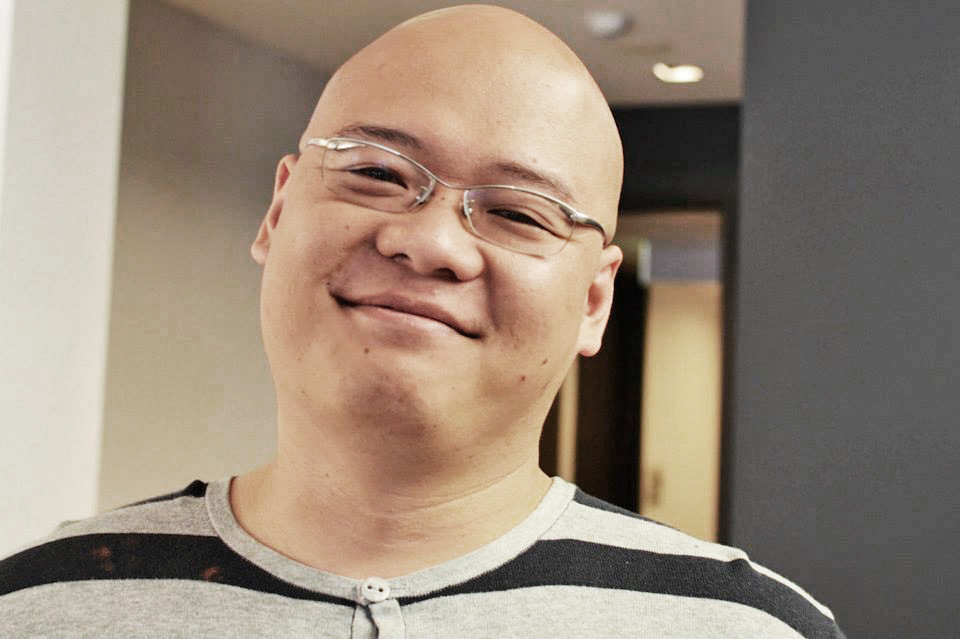 Hypercubes uses cutting-edge satellites, sensors and AI technologies to take global snapshots of the earth and its daily chemical analysis. Each captured pixel includes the chemical data of that part of the earth. The satellite gathers data on everything from plant species to chemical poisoning in the environment, and the AI data analysis can provide unheard of data: whether a farm requires more fertilizer, the stage of a wheat field harvest, the likelihood of a bridge corroding and breaking, and even the chemical analysis of mines to see iron on the right and gold on the left.

Most importantly, this means that HyperCube can tell which companies are cleaning up the environment like they promised. Incredibly, this data-rich device is less than twenty pounds and has similar dimensions to a shoebox. A $1.5 million shoebox.

After hearing about Hypercubes, Chandler wants to know “How did you get here?

Brian got his degree at 28 but grew bored of the industry after just 18 months. He decided to strike out on his own and build a business. Brian was “bright eyed and bushy tailed, wondering, how do I start a business?” To answer that question, Brian joined Fishburners, a nonprofit coworking space for startups in Australia. During the interview, they asked him if he would help with upkeep in the space. “Sure I’ll take out the garbage. Can you teach me how to build a business? I kept the internet running and they taught me about a business”

While at Fishburners, Brian began a laundry list of ideas and companies and started creating. “I figured out how to measure creativity in one’s brain – it’s from the corpus callosum. When you’re being creative it lights up.” But getting a device the size of an MRI machine into a cellphone was a little beyond his expertise, and more hauling work than it was worth. “There was no elevator in my building.”

Scrap it All, Let’s Do Space

Brian experimented with 14-15 ideas and tried 10 companies. After several unsuccessful attempts, he assessed the situation.

“They all suck. I decided I’m going to give a go to anything I want to do. I’m throwing realistic out the window. So, I picked being a space entrepreneur.”

This happened in a conversation over beers at first. When asked, “What do you want to do, Brian? I drank the beer, slammed it on the table, and said, ‘Space.’ And then the whole room cracked up.” He thought it was the alcohol talking, but “low and behold, I did get started.” Brian attended the International Space University in Australia.

“I started Launchbox first, taught kids in school how to build a satellite… I left that company and went into Delta V Space Hub.” Delta V Space Hub is a space startup ecosystem started by several entrepreneurs pooling their resources and creating a coworking location. Brian also became a TedX organizer. “ I just did a whole bunch of crazy stuff.” 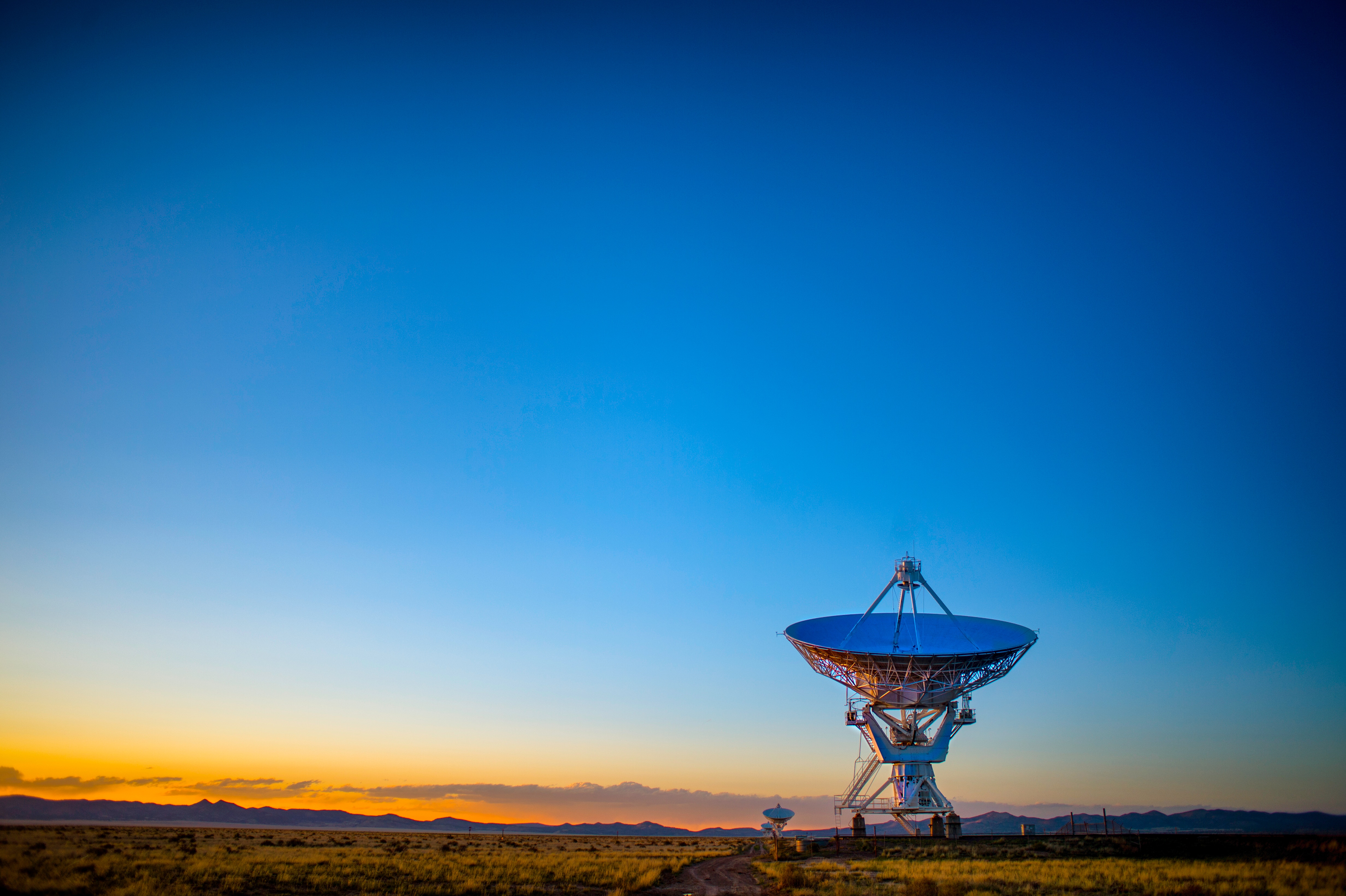 Eventually, Brian asked a professor at the International Space University the right question to find his next step. “Yeah we can do plant species detection from space- its called hyperspectral, but don’t worry about it it’s too hard for you.” Hyperspectral is the technology that allows chemical analysis at a distance, and the same technology that Brian would embed into satellites and launch into space.

Brian dove into creating a company around this technology shortly after. He joined Singularity University in 2014, a Silicon Valley hub for projects using exponential technology for impact.

“Why do you use exponential technology, and what are you looking to use it for?”

“I’m a geek. I love my toys and I love my tech… [Since] all this stuff is going so bloody fast, where do you go from here? I realized the immense capabilities, and the way i would describe it is riding the wave.”

According to Brian, You can create the wave or ride the wave.

Pros and Cons of Riding the Wave

“Exponential tech allows me to rapidly go places i couldn’t go before, and demonstrate things that were considered impossible even 2-3 years ago. They are like foundations: They take the longest time to build and the most work, but they create the tallest skyscrapers”

Though exponential technology is hard to stay on top of all the time, it matters to continually ask questions to find out what’s possible.

Opportunities are evolving. Computing power is doubling every 18 months. With research and intention to solve a specific problem,

“You’re never going to have to worry about missing the boat.”

A Menu of Innovation

Brian points out, “You’re using exponential tech when you build a website and build an app.” It isn’t so expensive when you start with existing technology, or “ride the wave.” But, “When you try to predict the future, it gets expensive.” Predicting or creating the wave is where large teams, massive amounts of research, and millions of dollars come into play. 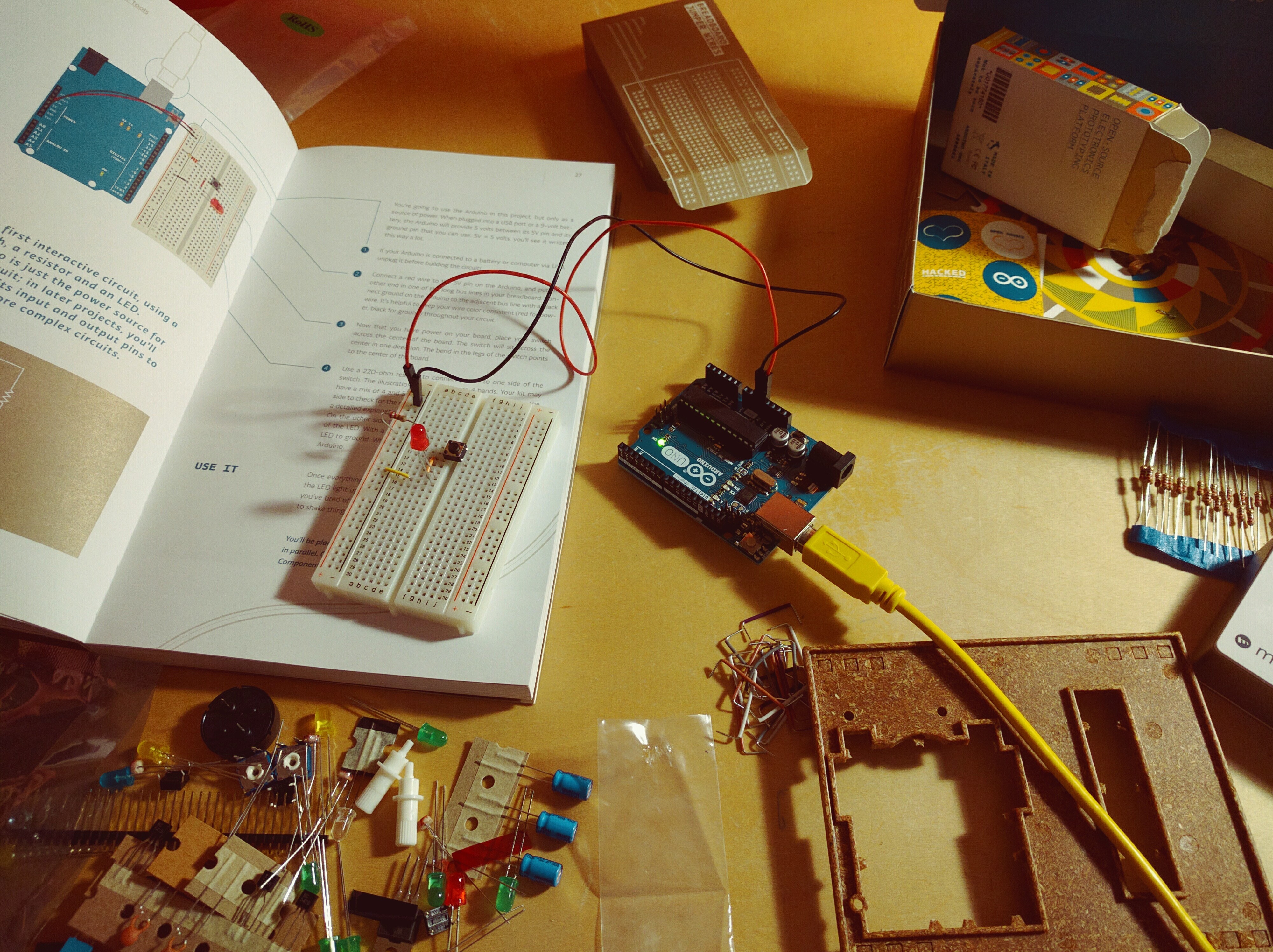 Image by @spendude via Unsplash

3 Keys to a Killer Satellite

19:10 – In the satellites HyperCubes builds, there is the satelite piece, the sensor piece, and AI component. Fortunately, building a satellite is dropping in price, and even launching satellites is more affordable “Thanks to elon musk.” Certain people recently claimed “We’ll never have a re-usable rocket! Now, there’s dead silence. China is building reusable rockets. Everyone’s getting in.” In other words,

“We don’t bet against Elon anymore.”

For example, NASA created Phonesat to test the ease of building and launching a satellite. “They took an old android phone and made some changes, and then threw it into space and it worked.”

Now, “there are 3000 active satellites in space, half a million in crap that we’ve left up there” (27:00) and before too long, exponential technology companies like OneWeb will make information accessibility a global phenomenon. “Anyone anywhere anytime anyplace can check their tinder.” 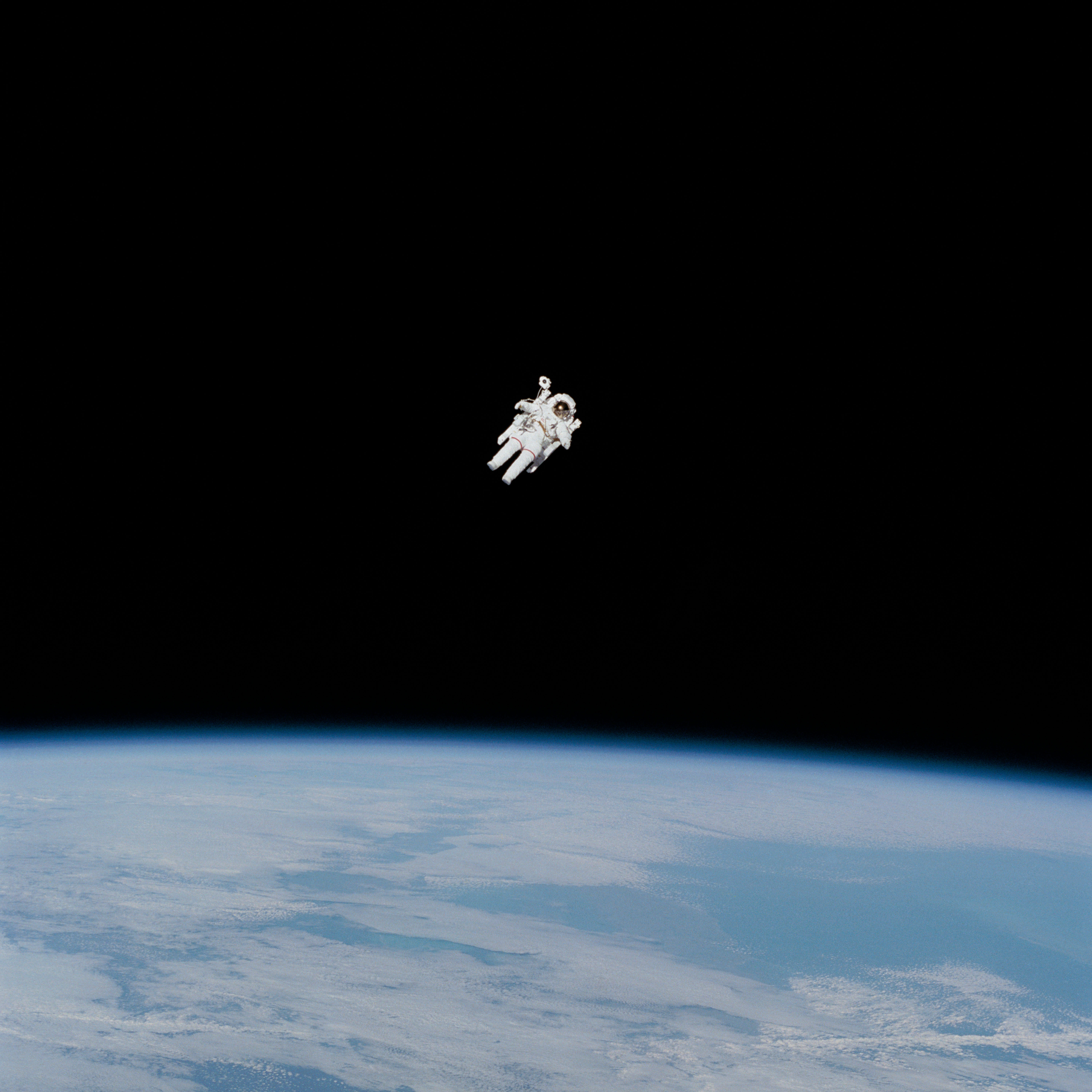 With companies gathering massive amounts of data from their satellites, information to support sustainability is available to the marketplace.

“Companies are taking pictures and using sensors so you can see deforestation, in order to accumulate that data over time and add accountability. It’s The biggest integrity question – you said you wont pollute the river, why is the river still purple?”

Brian then shares the steps to launch a satellite into orbit:

The space industry will be $50 trillion industry by 2050. Brian lists a few sectors of the industry that are growing rapidly:

“An asteroid coming in the next 5 years coming into the Earth’s orbit, with $100 trillion of precious metals on it. Whoever can plant the flag on it will have a good business. And please, entrepreneurs, don’t point the asteroid to earth and cause another dinosaur age extinction. We don’t need that.” 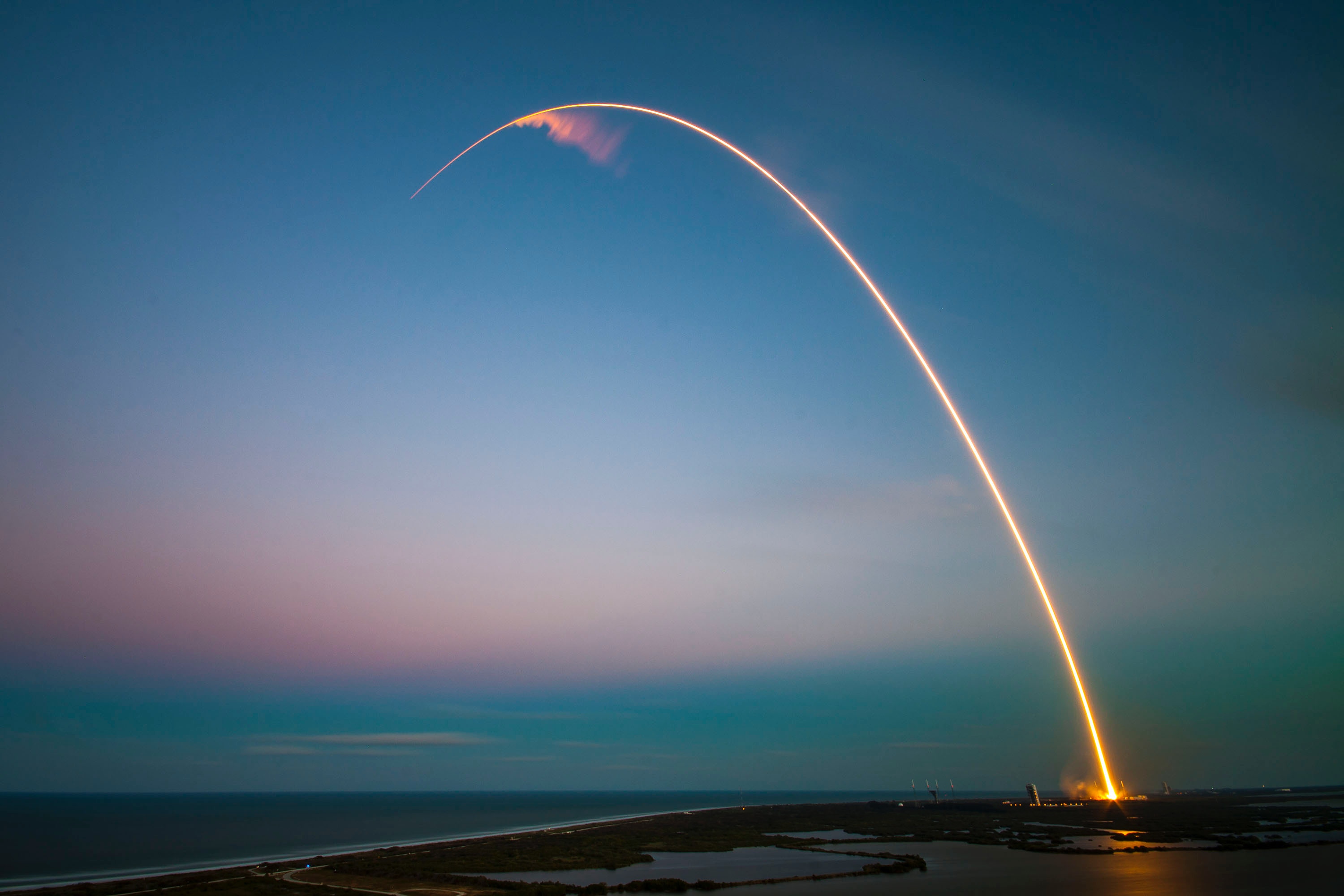 Image by @spacex via Unsplash

How to Build an Exponential Company

Chandler asks, “what patterns do you look for when you’re starting a company?”

“I look for the biggest problems to solve. If you start from the source and work your way up, you will find a problem that will suit you. I always study big, complex problems.

Technology’s up front investment cost. If you ride the wave, the stuff is already cheap. If you want to make the wave, that’s the expense. To get around the wave, buidling community is key. The thing that creates exponential sales is a community.

The internet has given the ability to create communities rapidly around topics of value of  interest to our ethics, goals, morals and values. If you can get enough people in one place you can draw any problem and an answer and a solution will be provided. Building a community of people allows you to leverage the world.

If you can get 5 minutes out of 10,000 people, you can find out anything you need to know to get something done. When you have that, all you have to do is present the answer that makes sense to them, and you will find an answer.”

The formula to create your own exponential tech company is only two things: gathering a tribe of people to ask questions and discover the problem, then choosing a technology to solve the problem.

You can get to work on it right now.

Email Brian at b@takingover.world for questions and new ideas.